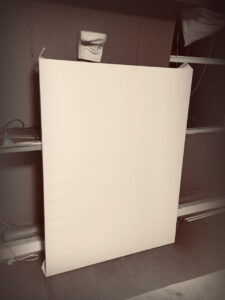 I spent probably too long at the front end of my life, avoidant of those experiences that might convince me the voices in my head were right:  I am failing miserably and shouldn't try.  It seemed the harder I tried, the more I failed and the worse my self-perception, and my perception of the world around me as hostile and untenable place intensified.

I think my view as a continually failing person, was a view I formed as a habit.  It's funny how habitual we are as a species.  Sometimes habit gives us comfort, the familiar repeat of a place, activity, food or parking space helps us feel that we are firmly attached to this earth because we assert something that was, always will be. We count on its existence, as a measure of our own stability.  When we experience a cessation of the thing that was, we understandably feel loss and a sense of impermanence. It's disarming, and upsetting to know that what was, no longer is and no longer will ever be again.  Sometimes we interpret loss as failure or failure as loss. Because it is a misappropriation of what we expect, and we think we are off-trajectory.  When I failed all those years, what I was really doing was not seeing the failure for what it was.  And, no, this isn't a relentlessly positive perspective that churns out bittersweet lemon aide at the end. It's actually a very sober view, that says failure is a loss of something you expected to be there. It's really a call-to-action, to pay attention, after the pain of disappointment ebbs.

Tonight I was to begin one of the most ambitious paintings I had ever thought to conceive. Mainly for its scale. Which isn't even that large, but large for me.  When you make the decision to work in a larger scale, the problems inherent in that work also seem to become larger.  Everything is unwieldy, and curiously less precious.  So, the scale is also emboldening, too.  Emboldening enough that I thought I might attempt stretching my lovely, aromatic, double-primed linen across its gangly stretcher bars.  I refused to pay the art shop the exorbitant $50 stretching fee, and set about doing it myself, all the while, feeling the expectant sense of failure looming on the horizon. I thought visualizing the failure, would actually help me relieve stress, as I knew I would be taking it all much too seriously.  But when I saw the glimmer of possible success, I re-doubled my efforts, and felt ablaze with the triumphant feeling of having overcome failure.  I felt stronger and more confident in my ability to handle the tools and to know what to do and when to do it.

But as you can probably infer from the title of this rambling post, I did NOT experience success, nor did I experience failure. I experienced the feeling of success within a failure. That is to say, I made a commitment to myself to a process wherein I expected to fail, but made the attempt anyway.  I successfully eschewed the voices that told me not to bother, and the ones that tell me I cannot focus or be steady in an effort. As a result of my resounding failure, I felt a settling contentment, oh hell, pride. That is new, and to be respected.  The more loss I experience, the more free I am. Because I see that I am not tied to any singular state of being or idea. That I can try, and find pleasure in the pursuit, well that's really something.

The importance of flow